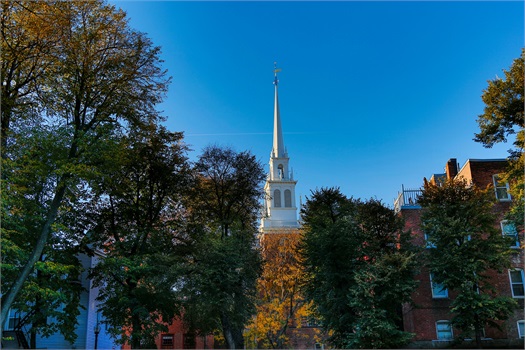 Years ago, while earning his law degree and MBA in Boston, our founder Tim Kerrigan launched a condo development project, purchasing a four-story brownstone building built in 1854 in Boston's historic North End.

The basement floor was dug down several feet to meet the building code to be used as livable space. Through the renovation process, 27 tons of debris were removed from the building. Tim gained approval from three community regulatory boards, including the zoning board at City Hall, to build another story on top of the building. This provided an additional two stories of livable space in which three residences were built. The top unit had a private deck with 360-degree views of Boston Harbor and the Boston skyline.

One of the prominent views from the roof deck is the tower of the Old North Church, from where, in 1775, two lanterns gave the "two if by sea" signal that sparked the famous midnight ride of Paul Revere to warn of the arrival of British soldiers.

Tim's condo project was located on Clark Street, which inspired the name of the financial advisory company that Tim founded. Its logo is an illustration of the Old North Church.